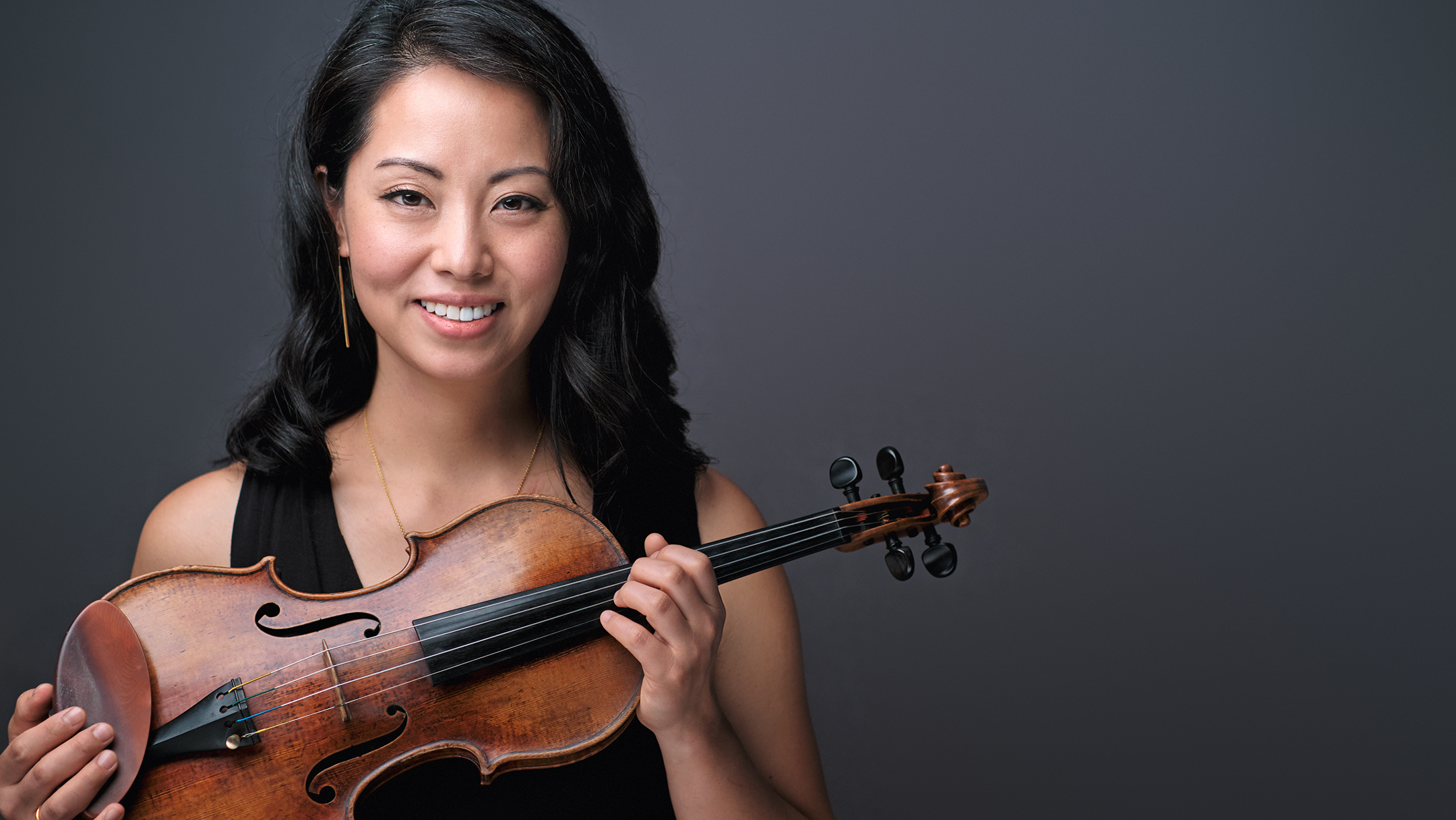 Violinist Rebecca Chung is an accomplished orchestral musician and teacher. She holds a Bachelor of Music in violin performance as well as a Bachelor of Arts in Psychology from Northwestern University as a student of Roland and Almita Vamos. She has performed with the Northwestern University Symphony as a winner of the concerto competition. Rebecca went on to earn her Master of Music in violin performance at The Juilliard School under the tutelage of Naoko Tanaka.

Rebecca has performed with the Los Angeles Chamber Orchestra, Pacific Symphony, and Pasadena Symphony and was a tenured member of the Santa Barbara Symphony Orchestra and New West Symphony prior relocating to St Louis. She has toured South America with Del Gesu Strings and Japan with Pacific Music Festival Orchestra.

Her television appearances include on screen performances for CHUCK and HOW I MET YOUR MOTHER. Rebecca has also worked as a music consultant providing coaching for Academy Award nominated actress Catherine Keener’s performance in A LATE QUARTET.

Rebecca is on the violin faculty at Washington University in St. Louis, Webster University’s Community Music School, and maintains a private studio. She has also recently joined the Chamber Project St Louis.